The longest follow-up to date of patients with left main coronary artery disease (LMCAD) has found no significant differences in rates of death, myocardial infarction or stroke between patients who underwent percutaneous coronary intervention (PCI) and those who had coronary artery bypass graft (CABG) surgery.

The PRECOMBAT study was unveiled at the American College of Cardiology’s Virtual Scientific Session Together with World Congress of Cardiology (ACC.20/WCC Virtual) by Duk-Woo Park (Asan Medical Center, Seoul, South Korea). It also showed that more patients who had PCI required a repeat procedure than those who underwent surgery. The findings were simultaneously published online in Circulation.

PRECOMBAT randomly assigned 600 patients with left main coronary artery disease to either PCI with a sirolimus drug-eluting stent (n=300) or to CABG (n=300) at 13 medical centres in South Korea between 2004 and 2009. The baseline clinical and angiographic characteristics were well balanced between the groups: mean age was 62.3±9.7 years, 76.5% were men, and 32% had medically treated diabetes.

The primary outcome was a major adverse cardiac or cerebrovascular event (MACCE; death from any cause, myocardial infarction, stroke, or ischaemia-driven target-vessel revascularisation [TVR]).

One-year and five-year results of PRECOMBAT, published in 2011 and 2015, found no significant differences between the two groups for the primary endpoint, or for any of its components, except that patients treated with PCI were more likely to need a repeat procedure.

Complete revascularisation was achieved in 68.3% in the PCI group and 70.3% in the CABG group. In the PCI group, intravascular ultrasound was used in 91.2% of the patients, and a mean of 2.7 stents were implanted per patient.

The latter was described by Park as “one of our interesting findings”.

The incidence of myocardial infarction and stroke at 10 years did not significantly differ between the two groups. However, the 10-year incidences of ischaemia-driven target-vessel revascularisation and any revascularisation were higher after PCI than after CABG.

The 10-year rate of primary outcome between PCI and CABG were consistent across multiple subgroups, except for those stratified by the extent of concomitant coronary artery disease, in which the event rate was higher after PCI than after CABG in patients with left main and three-vessel disease.

There was no notable trend across the ordered SYNTAX score tertiles in the incidence of the primary outcome, composite of death, myocardial infarction, or stroke, and death from any cause. The rate of ischaemia-driven target vessel revascularisation was significantly higher after PCI than after CABG in the high SYNTAX score group.

Listing the limitations, Park said that due to the limited number of patients and the low event rate “our trial did not have sufficient statistical power to detect clinically relevant differences in endpoints; blinding of PCI versus CABG was not possible; some degree of ascertainment bias cannot be excluded.”

He added: “Because we evaluated a first-generation drug-eluting stent, our findings should be refuted or confirmed through longer term follow up trial involving contemporary drug-eluting stents like the EXCEL or NOBLE trials.”

Park described the study as hypothesis generating because it was underpowered.

They say: “The 10-year results of PRECOMBAT further expand our knowledge, providing compelling evidence that clinical equipoise, defined as uncertainty regarding the relative benefits of competing revascularisation modalities, persists for patients with LMCAD and low-to-intermediate anatomic complexity. However, the occurrence of revascularisation failure at this critical site remains of concern considering its prognostic implications. The higher need for TVR in the PCI arm consistently seen in all LMCAD studies overshadows the long-term results of this strategy.” 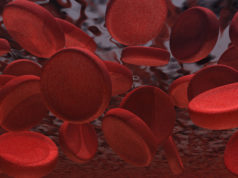