Stenting of saphenous vein graft lesions has been associated with high rates of both acute, such as distal embolisation, and long-term, such as restenosis and reocclusion, complications. Use of embolic protection devices—when feasible—decreases but does not eliminate the risk of distal embolisation and resulting periprocedural myocardial infarction. Whether drug-eluting stents reduce the risk for in-stent restenosis and long-term adverse outcomes compared with bare metal stents remains controversial. Three of four published trials have demonstrated a benefit with drug-eluting stents while the fourth one showed higher long-term mortality with drug-eluting stents. The published studies had important limitations, such as lack of blinding, use of first generation drug-eluting stents, routine angiographic follow-up, small number of patients studied in most studies and limited use of embolic protection devices.

The DIVA trial was a prospective, multicentre, trial that randomised 597 patients with severe saphenous vein graft lesions to undergo PCI with drug-eluting stents or with bare metal stents at 25 participating Veteran Affairs (VA) medical centres. DIVA was blinded without routine angiographic follow-up and intent to use an embolic protection device was required as part of the inclusion criteria. The primary endpoint of the study was the 12-month incidence of target vessel failure, which was defined as the composite of cardiac death, target vessel myocardial infarction, and target vessel revascularisation. At 12 months, the incidence of target vessel failure was 17% in the drug-eluting stent group and 19% in the bare metal stent group (hazard ratio 0.92, 95% confidence intervals [CI] 0.63 to 1.34, p=0.67) (Figure). Since approximately 6% of PCI procedures in the USA are currently performed in saphenous vein graft lesions, the results of the DIVA trial have important implications. First, bare metal stents appear to perform equally well with drug-eluting stents in this context; this is probably related to different pathophysiology of saphenous vein grafts compared with native coronary artery atherosclerosis and can result in significant cost savings. Second, with either bare metal stents or drug-eluting stents, there are high rates of repeat saphenous vein graft failure and adverse clinical events. Alternative treatment strategies (such as treating the native coronary arteries instead of the saphenous vein graft) are needed to improve the outcomes of these complex lesions and patients, although coronary revascularisation cannot reduce the part of the morbidity and mortality that is due to the patients’ advanced age and multiple co-existing conditions. 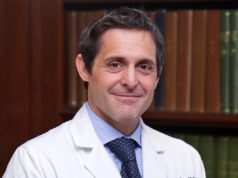